The Lifelong Readers Book Club is a program of the Literacy Program, encouraging continued growth in reading and writing. The book club meets the fourth Tuesday of the month, 6:30-7:30 pm, at the Colusa Branch’s Morse room. Everyone is encouraged to read (or reread!) the month’s selection and join in our discussion.

A terrifying account  of the Nazi death camp horror that turns a young  Jewish boy into an agonized witness to the death of  his family...the death of his innocence...and the  death of his God. Penetrating and powerful, as  personal as The Diary Of Anne  Frank, Night awakens the shocking  memory of evil at its absolute and carries with it  the unforgettable message that this horror must  never be allowed to happen again.

Night offers much more than a litany of the daily terrors, everyday perversions, and rampant sadism at Auschwitz and Buchenwald; it also eloquently addresses many of the philosophical as well as personal questions implicit in any serious consideration of what the Holocaust was, what it meant, and what its legacy is and will be.

This book is available for check out at the library; limited copies are also available through the Literacy Program. 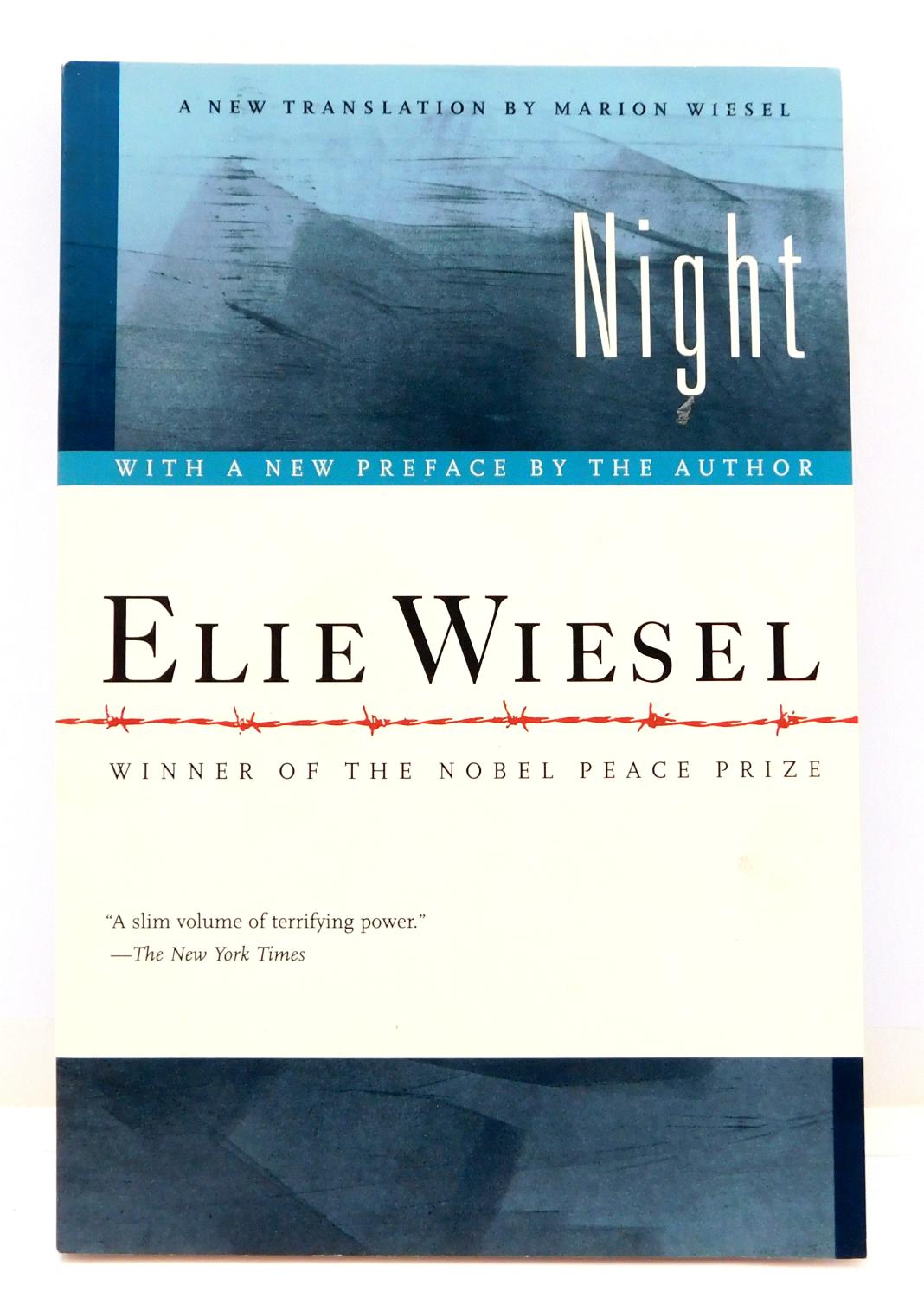